Mark A. Anderson is the Director of Training with Anderson Investigative Associates (AIA), a firm specializing in customized training for investigation and audit professionals. He is a retired Special Agent with the U.S. Department of Justice, Office of the Inspector General (DOJ/OIG) who served as a Program Manager and Instructor at the Inspector General Criminal Investigator Academy (IGCIA),(‎www.ignet.gov/igcia/) at the U.S. Department of Homeland Security’s Federal Law Enforcement Training Center (FLETC)(www.fletc.gov) in Glynco, GA. At the IGCIA, he was responsible for managing the Advanced Interviewing for Inspector General Investigators and Interviewing for Fraud Auditors programs. Mr. Anderson also instructs in several other basic and advanced programs for the IGCIA, mainly in the areas of interviewing, interrogation, employee misconduct, investigation planning, and other requested areas of investigation, audit, and inspection work.

Prior to assuming his position at the IGCIA, Mr. Anderson was a Detailed Instructor assigned to the Behavioral Science Division (BSD) at the FLETC instructing in both basic and advanced courses to both uniform law enforcement and criminal investigators. While with BSD, Mr. Anderson participated in the design, construction and presentation of BSD’s Advanced Interviewing program. He wrote and modified other curriculum requirements for the division while assigned there.  He has designed and instructed courses for:
the FLETC, the IGCIA, Federal Aviation Administration, Department of Energy, Department of Commerce, U.S. Agency for International Development, Small Business Administration, Department of Homeland Security, Department of Labor,  and numerous other federal, state, and local organizations.

Mr. Anderson’s law enforcement career began 32 years ago as a Forensic Chemist with the New York State Police after obtaining his master’s degree in forensics, working mainly toxicology and drug chemistry. He has served as a Special Agent with the Federal Bureau of Investigation handling general crimes, foreign counter intelligence, drug investigations, and international terrorism. He also served in the same position with the U.S. Nuclear Regulatory Commission (NRC), Office of Investigations, working investigations involving fraud, abuse, and corruption regarding entities regulated by the NRC. Finally, he served as a Special Agent for the DOJ/OIG investigating allegations of fraud, abuse, corruption, or waste in federal agencies falling under the DOJ. These matters, as was the case at the NRC could be criminal or administrative in nature.

Additionally, he has served as a Deputy Inspector General and Director of Internal Audit in the New York State Office of the Inspector General assigned to the Division of Military and Naval Affairs and other state agencies. Prior to this, he was assigned as a Confidential Investigator to the state IG office with responsibilities in any state agency. He has also worked as a Director of Security in the corporate sector involved with supervising staff and executing programs within that entity.

Mr. Anderson taught for ten years as an adjunct instructor in the undergraduate criminal justice program at two liberal arts colleges in Pennsylvania, Alvernia College (www.alvernia.edu) and Lycoming College (www.lycoming.edu). He has developed and instructed courses in terrorism, forensics, and fraud and white collar crime. He has also provided seminars in the areas of leadership training, ethics matters and coordinating effective interaction between auditors and investigators for various educational, state and federal agencies.

Mr. Anderson holds a Bachelor of Science degree in chemistry from St. Lawrence University. Additionally, he earned a Master of Science degree in forensic chemistry from Northeastern University. In 1983, he attended and graduated from the FBI Academy. Throughout his career in law enforcement he has attended training in interviewing, leadership, training, forensics, terrorism, and white collar crime and fraud matters.

Mr. Anderson is married and resides in Scottdale, PA with his wife, in-laws, and two of their five children. 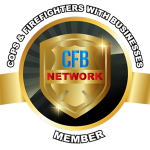